Women in Tech: Get Hired Jan. 28 at This Free Virtual Job Fair

Fairygodboss is hosting a virtual job fair for women in tech July 31. Itâs your ticket to jobs at Hewlett Packard, Verizon and other big-name employers.

This was originally published on The Penny Hoarder, which helps millions of readers worldwide earn and save money by sharing unique job opportunities, personal stories, freebies and more. The Inc. 5000 ranked The Penny Hoarder as the fastest-growing private media company in the U.S. in 2017.

Around 6.1% of employed Americans worked for themselves in 2019, yet the ranks of the self-employed might increase among certain professions more than others. By 2026, the U.S. Bureau of Labor Statistics projects that self-employment will rise by nearly 8%.  Some self-employed professionals experience high pay in addition to increased flexibility. Dentists, for example, are […]

The post Why Itâs Harder to Get Credit When Youâre Self-Employed appeared first on Good Financial CentsÂ®.

How to Be Confident but Not Arrogant

January 25, 2021
In 2007 I had my first baby. I was extraordinarily fortunate to spend a year at home with her. That year was a gift, full stop. But as I learned in 2008 when I returned to the workforce—new job, new company—taking a year off also drained my confidence tank.
Pre-baby, I knew what made me shine at work. Post-baby, I felt like I’d lost my mojo.
According to Psychology Today:

Confidence is a belief in oneself, the conviction that one has the ability to meet life's challenges and to succeed—and the willingness to act accordingly.

I knew how essential not only feeling but being able to display confidence was in my professional life. But after taking that year away, I wasn’t sure how to rediscover mine.
Previously I’d been a relationship-builder, a talent strategy advisor, and an analyzer of human capital data. Upon re-entry in 2008, I feared I’d lost my edge. And I was determined to show that fear who's boss. So I set my mind to making my mark, showing the world how smart and capable I was.

It was a total miscalculation on my part. And I got some serious feedback to prove it.

I did this by having something—actually, a lot of somethings—to say in every meeting. I was quick to offer solutions to problems. And when something needed to be done, I had it covered. No help needed. And that strategy went really well for me.
Kidding! It was a total miscalculation on my part. And I got some serious feedback to prove it. I’d been so focused on seeming confident that I’d shown up as arrogant. I will be forever grateful to the boss who gave me that feedback early and counseled me to course-correct.
I learned the hard way, but I learned a lot about what distinguishes confidence from arrogance. And today I share the biggest lessons. Here's the feedback my boss gave me, which I ran with. Thirteen years later, I'm delighted to pay it forward.

1. Know what you’re here to do

Arrogance happens when you over-index on you—how you’re showing up and being perceived. Confidence is focusing on the work—the outcomes you’re there to deliver.

The conviction that you have the ability to meet a challenge begins with being super clear about what challenge you’re there to meet.

Exuding confidence begins with experiencing confidence internally. The conviction that you have the ability to meet a challenge begins with being super clear about what challenge you’re there to meet.
Before an important interaction, ask yourself: What’s my role in this, and what am I expected to influence or deliver? Asking and answering those questions will center you. It will allow you to home in on where your voice has power, and where your silence or observation may add more value.
In 2008, I was so focused on seeming confident—which I somehow translated into a need for verbal diarrhea—that I lost sight of what I was there to do. I wasn’t hired to seem smart; I was hired to develop talent plans to fuel the business’s success.
Early feedback from that wonderful boss reminded me I didn’t need to offer a point of view at every turn. “Have the confidence not to speak up sometimes,” I remember her telling me. And having the poise to listen and observe when that's what's called for makes you seem all the more confident when you do offer an idea or point of view.

Arrogance is pausing to give others a turn to speak. Confidence is truly hearing and absorbing what they have to say.

I was deeply guilty of pausing but not listening. Only when my boss called me out did I realize she was right. I was so focused on what I had to say next that I wasn’t taking in and reflecting on the value that others were bringing to the conversation. The pressure to seem smart led me to overuse my words and underuse my ears. And this backfired, positioning me as more arrogant than wise.
RELATED: Listen Up! Not Listening Is Holding Your Career Back
Again, that clarity of purpose should light the way. I was there to build a talent plan to help the business achieve its goals. So when the leader was talking about his goals and talent needs, that was my cue to listen. These were the moments that would provide meaningful insight and data to support my work.
Feedback from my boss helped me become an active listener. I wasn’t silent, but rather I was using my voice to restate what I had heard, or to ask probing questions to extract more meaning.

3. Let them see the sausage-making

Arrogance is believing the path from start to finish should be paved only with your ideas. Confidence is knowing you don’t know everything and having the humility to recognize that other people's good ideas won’t dull your shine.

Confidence is knowing you don’t know everything.

So as you’re working toward a deliverable, don’t wait for it to be fully baked or polished before you do the big reveal. (That works on HGTV, but not so much in real life.) As you move work along, build check-in points into your process. Let people watch as you make the sausage, and give your peers, your leader, your stakeholders a chance to influence the flavor before it’s fully cooked.
It does take confidence to pull back the curtain on an unfinished product. But it will better the outcome every time.

Fueled by feedback from my leader, I started finding moments of courage to push back on what my business client, George, believed was best.
George was a salesman. His own climb up the corporate ladder was driven by his excellence in sales, and so he believed finding and growing great sales talent was the key to his business’s success. In our early days, as long as I showed George a plan designed to do just that, he’d praise my genius.
But in time I came to realize this was a short-sighted play. We had great sales talent. The problem wasn’t finding more, but rather, finding ways to enhance collaboration between sales and client management. A stronger partnership between the teams would enhance the customer experience, in turn delivering bigger business results.
The first time I suggested this to George, there was no smile. But I'd done my research. I’d compared us with other companies doing the same, and ultimately, I won his support.
My recommendation delivered success in the long-run. But it took me time to find the confidence to say the thing he wasn’t ready to hear.
2008 was a painful year for me. And yet it delivered some of the most important lessons I’ve learned along the way about confidence. And as I pass these along to you, I realize there might be a fifth bonus insight: it takes a lot to share your own journey of failure (mine) in service of someone else’s success (yours). I choose to hope that’s a reflection of the confidence I’ve gained along the way.

The Average Salary of a Pharmacist

. If you’ve been to the pharmacy lately, you may have found yourself wondering how much pharmacists make. Being a pharmacist, at least at the retail level, involves a lot of standing, long shifts and dealing with customers. In other … Continue reading →

The post The Average Salary of a Pharmacist appeared first on SmartAsset Blog. 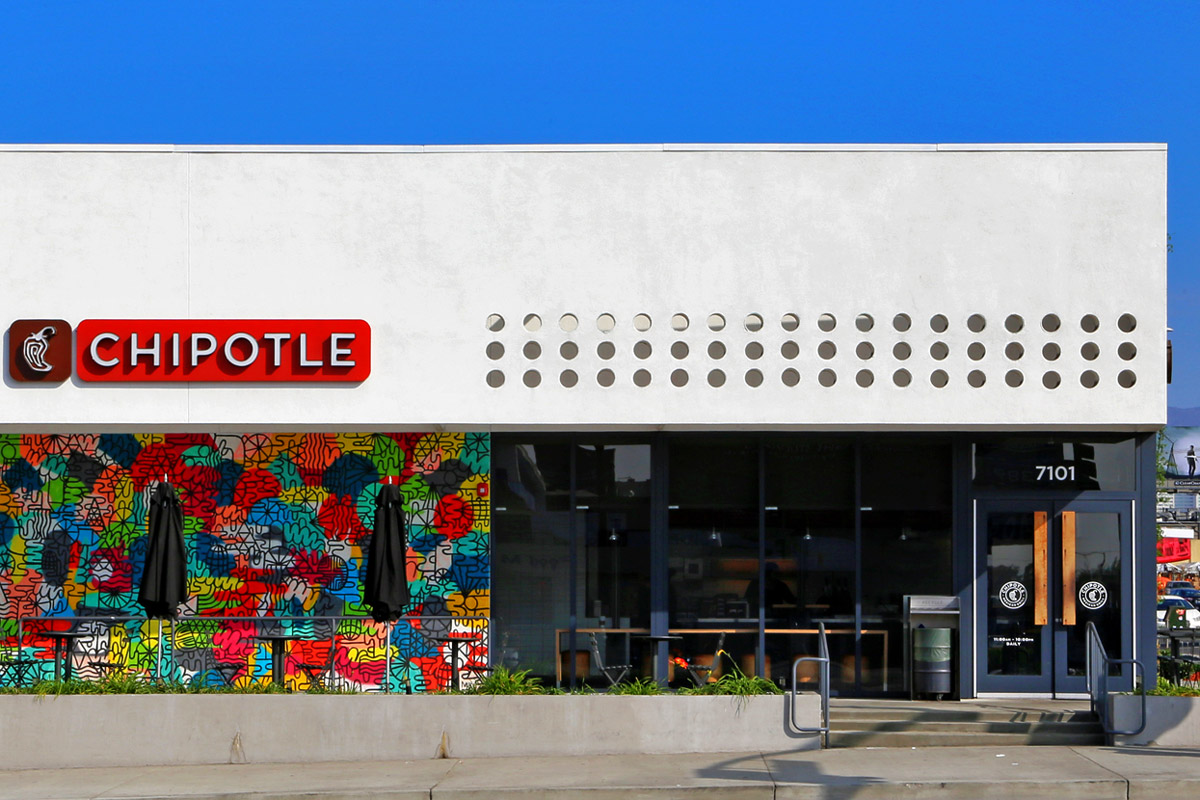 Chipotle is kicking off the new year with a nationwide hiring blitz. With hundreds of new restaurants in the works, the fast-casual Mexican food chain plans to fill 15,000 new openings, according to the hiring announcement. To make headway on those recruitment efforts, all Chipotle locations are holding a âCoast to Coastâ career event Jan. [â¦]

This was originally published on The Penny Hoarder, which helps millions of readers worldwide earn and save money by sharing unique job opportunities, personal stories, freebies and more. The Inc. 5000 ranked The Penny Hoarder as the fastest-growing private media company in the U.S. in 2017.

Have You Met Mr. Market?

Mr. Market is a manic-depressive investor. And if you pay attention, you’ll realize that the *real* stock market acts just like him. Read More

Should You Obtain Building Permits When Flipping Houses?

I have done many rehabs in my career as a house flipper, landlord, and even overseeing rehabs for banks as an REO agent. We have worked with many cities and counties pulling permits for remodeling jobs, but when is a permit needed? Depending on the quantity and type of work you do, you may or … Read more Read More

5 Money Questions to Ask Before Marriage

If you’re tying the knot you may think engagement, wedding and honeymoon. Here’s why a financial discussion should also be part of your plans.

How To Become a Freelancer and Make a Full-Time Income

Today, I have a fun interview to share with you that will show you how to become a freelancer. I recently had the chance to interview Ben Taylor. Ben has been freelancing since 2004, and he has worked for dozens of companies. Yes, this is a career path that you can learn! As Ben will […]

The post How To Become a Freelancer and Make a Full-Time Income appeared first on Making Sense Of Cents.

How Microlearning Can Level Up Your Knowledge

The post How Microlearning Can Level Up Your Knowledge appeared first on MintLife Blog.