Shaquille O’Neal Recruits a Buyer for a Luxury $1.85M Spread in SoCal 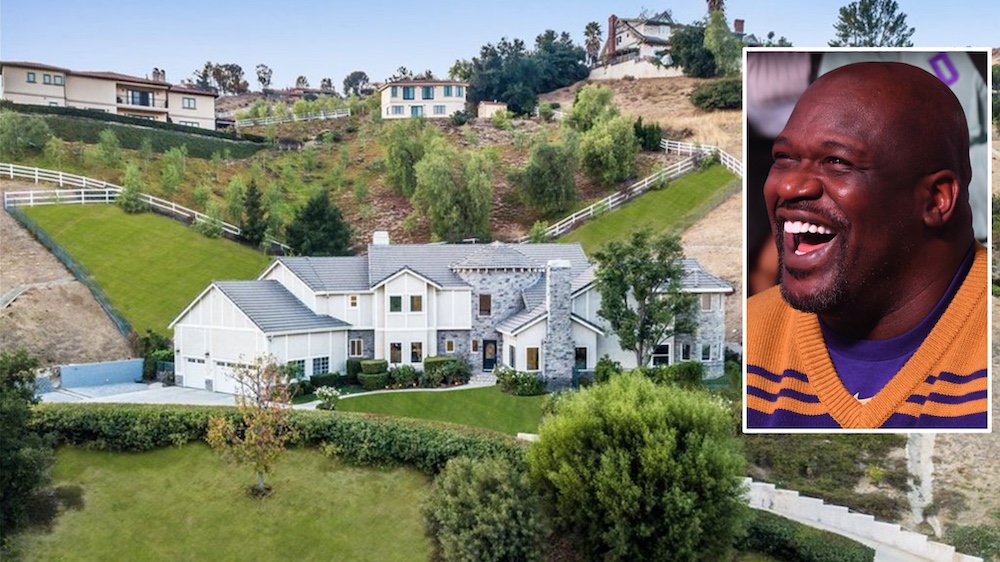 Rumor had it that the NBA superstar Shaquille O’Neal was dabbling in the art of home flipping, when he put his luxurious home in a gated equestrian community in Bell Canyon, CA, on the market for $2.5 million in late 2019.

The big man purchased the place in February 2018 for $1,815,000, and owned the home for only a little more than a year before he decided to sell.

However, if Shaq harbors dreams of an HGTV spinoff show, he’ll have to improve his return on investment. He recently let the home go for $1.85 million.

The five-bedroom, 4.5-bathroom, traditional-style home is on a fenced and gated acre lot, ideal for an owner who craves privacy.

O’Neal perked up the 5,217-square-foot home with new carpeting, fresh paint, customized closets, and improved landscaping. The home was originally built in 1990, and its HVAC system, garage door, and some of the plumbing were also updated.

There’s plenty of proof of the property’s provenance. O’Neal’s images, trophies, and mementos greet visitors the second they set foot in the grand black-and-white, two-story formal entry, with a large staircase and circular gallery.

The home has a number of highlights: a wide-open floor plan, beamed ceilings, and hillside views. The kitchen, however, is the true showstopper, according to the listing agent, Emil Hartoonian of The Agency.

“Buyers loved the kitchen and its brightness. They also loved the open living space, with no shortage of natural light and flow,” he says.

Other luxe features in the residence include a wine closet and wet bar in the great room, a media room with a convenient kitchenette, a screening room, and a spacious office with splendid views.

The luxury spills into the outdoor spaces as well. Out back, there’s a rock-rimmed heated pool and spa, a fire pit, multiple seating areas, and manicured lawns.

“We presented this property in the light it deserved, and helped buyers see the true value of a premier updated property behind guard-gates,” Hartoonian says.

He co-listed the property with Nicholas Siegfried, also of The Agency. Gary Keshishyan Pinnacle Properties represented the buyers.

The famous “Shaq-apulco” in Windermere, FL, which has been on and off the market at varying prices over the past couple of years, appears to have found a buyer.

O’Neal first put the massive estate on the market in 2018, for $28 million. It was most recently listed at $16.5 million, and a sale is now pending on the 4-acre waterfront property, with its 31,000-square-foot mansion.

O’Neal, 48, is reportedly spending more time in Atlanta with his NBA on TNT gig. The Hall of Famer won four NBA titles during his 19-year NBA career.